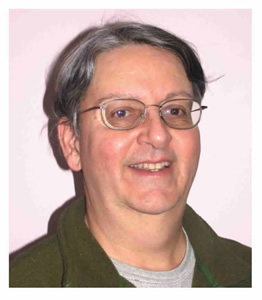 Dr. Brittain is presently the Institute Director of the Center for Pharmaceutical Physics, a research and consulting institute he established in harry-brittaina1999 for the study of substances having pharmaceutical interest. Dr. Brittain is a graduate of Queens College (B.A. and M.A. in physical chemistry), and of the City University of New York (Ph.D. in physical chemistry). He has held full-time faculty positions at Ferrum College and Seton Hall University, and Adjunct Professor positions at Rutgers University and Lehigh University.

Dr. Brittain has also spent a considerable amount of time in the pharmaceutical industry, having held leadership positions at Discovery Laboratories, Ohmeda Pharmaceutical Products, and Bristol-Myers Squibb. Dr. Brittain is a Fellow of the American Association of Pharmaceutical Sciences and of the Royal Society of Chemistry.Dr. Brittain has authored over 315 research publications and book chapters, and has presented over 160 invited lectures and short courses. He has edited several research monographs, is an editor of the Journal of Pharmaceutical Sciences, and the series editor for the Profiles of Drug Substances. Dr. Brittain's stamp chief collecting interest is in the general stamp issues of the Confederate States of America, although he has another major interest in the United States airmail stamps and covers of the early 20th century. Using instrumentation at the Center for Pharmaceutical Physics, Dr. Brittain is gaining a deeper understanding of the ink and paper used in postage stamps of the 19th century by means of the forensic technology of solid-state science. Besides his scientific affiliations, he is also member of the Confederate Stamp Alliance and of the U.S. Philatelic Classics Society. He is the recipient of the 2012 Confederate Stamp Alliance/National Postal Museum scholarship.